China is vast in territory and abundant in resources, and there are countless kinds of flowers. And Chrysanthemum, rose, Camellia, Azalea, sweet-scented Osmanthus, plum, peony, Lotus, orchid and narcissus are more known as China’s top ten famous flowers.

In fact, these Chinese national flowers all have their own hometown (city) . Due to the influence of the city climate and culture, the flowers in each city are different. Let’s take a look at these beautiful flowers! 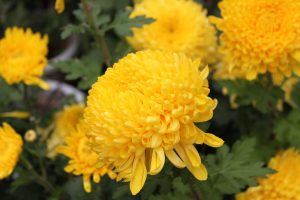 Colors: a variety of colors, yellow is the most common

Chrysanthemum is one of the most common national flowers in China. It comes in many varieties and blooms in summer, Autumn and winter. Parks in China often hold chrysanthemum exhibitions from late November to Mid-december.

As the chrysanthemum can bloom in the cold winter, it has strong vitality, so it represents the spirit of unyielding loyalty, it also symbolizes the longing for the deceased loved ones, on the day of tomb sweeping on the Qingming Festival in China, people will choose white or yellow chrysanthemums to express their longing for the dead. If you want to send flowers to your wife or girlfriend, it’s best not to send chrysanthemums!

Chrysanthemum Unique Aroma, some varieties of chrysanthemum can be dried tea drink, with the role of heat-clearing detoxification, more suitable for drinking in summer. 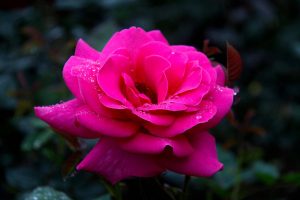 China rose is known as the “queen of flowers” for Beijing, Tianjin and other cities in China. Chinese rose has a variety of colors, different colors represent the meaning is different. Pink stands for first love, yellow for apology, orange for youth, beauty, white for sublimity and respect, red for passion and pure love. Therefore, if you want to send roses to others, you must first make clear their purpose oh!

In addition, the vitality of Chinese rose is also very tenacious, so also represents the tenacity of character. There are many people who confuse rose and Chinese rose. Yes, they are a little similar, but they are really two different kinds of flowers! 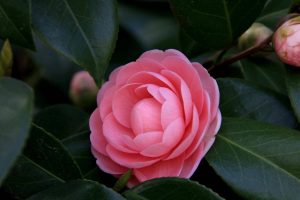 Camellia blooming in the winter and spring, the flowers of abundant, elegant, is one of China’s national flowers, is also the province of Yunnan Province. The language of Camellias is many. For different people, you can send different flowers to express your feelings: Black Camellia to your lover, a compliment to her; pink Camellia to your friend, to encourage him to get out of trouble; White Camellia to your child, foil his innocence and loveliness.

Camellia Japonica introduced Europe in the 17th century, which gave more people around the world a taste of its beauty and earned him the nickname “the flower of the world” . 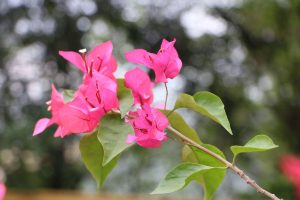 Rhododendron is one of the top ten famous flowers in China, and is the flower of Jiangxi, Anhui and Guizhou provinces. Rhododendrons are more colorful, such as red, white, yellow and purple. One of the most common Red Azalea, red flowers with green leaves is very festive, is a symbol of good luck.

The Tang Dynasty poet Bai Juyi praised the Azalea as the king of flowers. Li Bai, a poet in the Tang Dynasty, used the Rhododendron as a subject to recall the Cuckoo in his hometown, so it was also a reflection of homesickness.

In China, many people will plant Azaleas Pot, it can be placed in the balcony, living room or office, not only beautify the environment, but also pleasant. 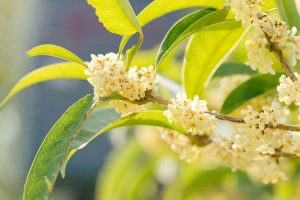 Osmanthus Fragrans is one of the ten most famous flowers in China and the city flower of the beautiful city of Hangzhou. Sweet-scented Osmanthus fragrance rich, elegant and pleasant, when the Golden Autumn Season Osmanthus Open, many of China’s parks, residential areas are filled with sweet-scented Osmanthus, people feel comfortable and happy.

Osmanthus color variety, there are golden yellow, yellow-white, orange-red, white and so on, the most common is mainly golden yellow, on behalf of the species is Jingui. There is a Chinese pastry called Osmanthus Fragrans, which is made with Dried Osmanthus flowers! The taste is sweet and delicious, it’s worth a try! 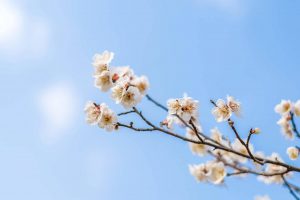 Plum petals white flawless, the core part of a circle of pink, elegant color, noble and generous. In addition, the plum blossom fragrance is Tangy, lets the human be intoxicated. In the winter of China, many people will buy plum potted in their homes, not only can watch, smell the aroma of plum every day have a good mood. 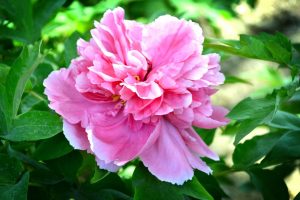 Blooming Months: April to May

Peony is a traditional Chinese flower, known as the “King of flowers” , is the city flower of Luoyang. Peony symbolizes the noble, noble, elegant spiritual quality. It always follows its own law of flowering, meticulous, not kitsch, not compromise.

Peony color variety, red, white fragrance, purple aroma, pink fragrance; their petals many and large, giving a feeling of elegance, with great ornamental. Peonies were often seen in the back gardens of ancient imperial palaces and were one of the favorite flowers of imperial concubines. 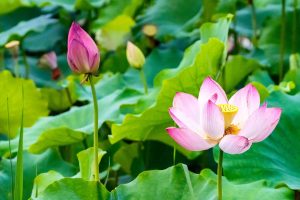 Lotus is a traditional Chinese flower, also known as the “gentleman of flowers” , meaning true, good, beautiful. A symbol of unsullied character, a symbol of deep friendship with friends, and a symbol of Asmara Moerni.

Every year from June to September, a large number of lotus flowers can be seen in the ponds of Chinese parks. They are very beautiful and attract a large number of photography enthusiasts to take photos. If you also like the Lotus, you can find a summer to come to China to watch, really very spectacular Oh! 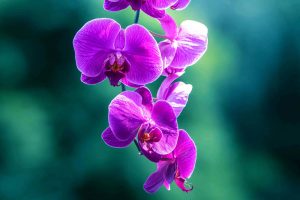 Blooming Months: Spring Orchid from January to March; Cymbidium Faberi from March to May; Cymbidium Ensifolium from June to October; Melaleuca from October to March; cold orchid from August to December

Orchid is one of China’s top ten flowers, and bamboo, plum, Chrysanthemum and known as the Four Gentlemen. There are many kinds of orchids, each of which has its own meaning and language, but the whole language of orchids is elegant and indifferent.

There is a tantalizing and mysterious fragrance of orchids, raising a pot of orchids at home not only can be seen, but also has a patriotic, unworldly and indifferent to fame and wealth of the beautiful implication, is a symbol of chastity, simplicity, elegance, Kentoku. 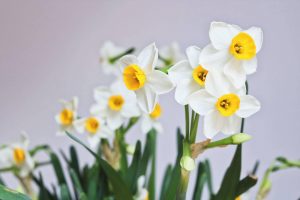 Narcissus is one of the ten most famous flowers in China. Its color is white and yellow. Its flowers for the umbrella-shaped, petals for the white, there are six petals, the top of yellow flowers. Chinese Narcissus is rare in the herb flowers can be carved treasures, with very high ornamental value.

Narcissus ice muscle jade, elegant, ultra-vulgar posture, elegant said “Lingbo fairy. ”. Daffodils are regarded as auspicious signs of the New Year and also as auspicious flowers during the Spring Festival. During the day, daffodils pots should be placed in a sunny place to give plenty of light. 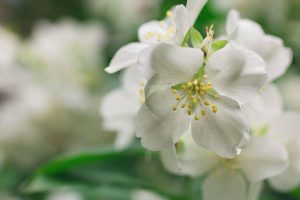 Blooming Months: May to August

Jasmine also has a unique aroma, light and elegant, which is why the Chinese love it so much. Many Chinese buy jasmine potted plants for their balconies, which bloom three times a year and are easy to support. 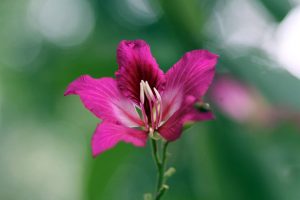 Blooming Months: March is the best month of the year