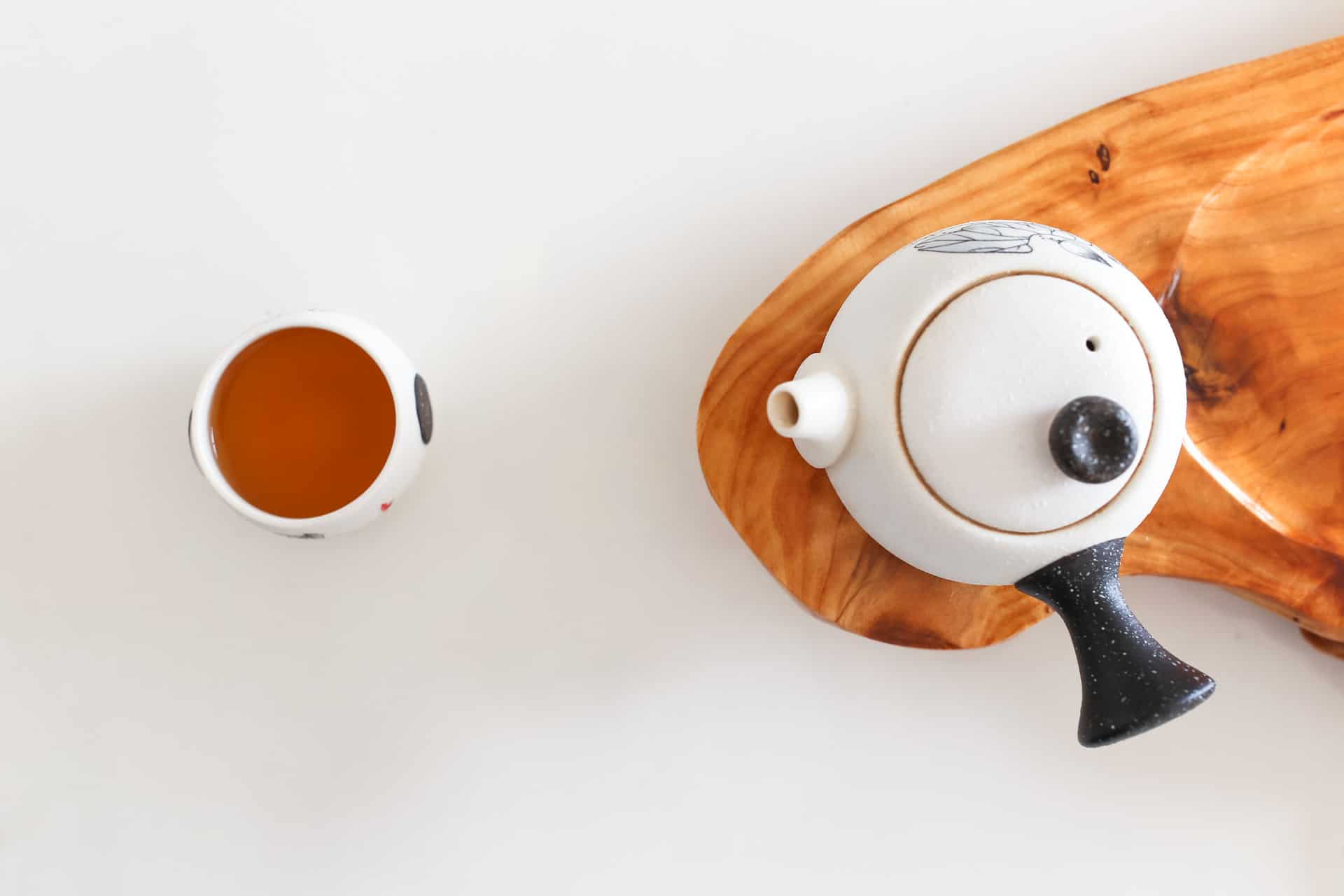 In addition to staple food and side dishes, drinks are also an indispensable part of our diet. Many foreign friends come to China, they don’t know anything about Chinese drinks, and they don’t know which drinks are worth trying, so they feel helpless and distressed. In fact, there are many kinds of Chinese drinks. Next, I will introduce 15 kinds of drinks that are very popular with Chinese people. If you are interested, you can try it! 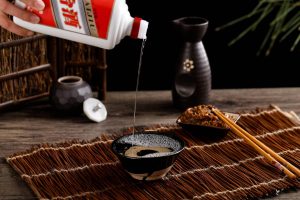 Maotai is a traditional Chinese specialty wine. It is one of the world’s three major distilled wines with the same reputation as Scotch whiskey and French cognac. It is also the originator of Daqu sauce-flavored liquor and is honored as the “national wine”. Maotai has the characteristics of clear and transparent, outstanding sauce, mellow and rich, elegant and delicate, soft in mouth, fresh and sweet, full-bodied, and long aftertaste.

Maotai is fragrant and not bright. No spice is added during the brewing process. The aroma components are all naturally formed during repeated fermentation. Its alcohol content has always been stable between 52°-54°. Although it is a strong alcohol, it will not cause sore throat or head, but it can also relieve fatigue and stabilize the spirit.

Although Maotai is good, it is expensive. The official price is RMB 1,499 per bottle, which is not affordable for ordinary Chinese people. It is usually seen at some high-end dinner parties, family banquets, and dinners. 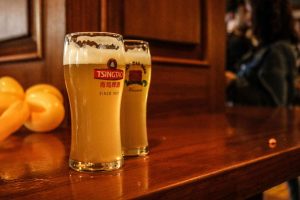 Beer is one of the oldest alcoholic beverages in the world, with its refreshing taste, malty aroma and low alcohol content, making it the third most consumed beverage in the world, after water and tea.

There are many kinds of beer in the world. Have you ever had Tsingtao beer from China? Tsingtao beer is exported to the United States, Japan, Germany, France, Britain, Italy, Canada, Brazil, Mexico and more than 70 countries and regions in the world. Tsingtao is the world’s fifth-largest brewer by volume, according to the Barth Report, the world’s leading industry Report. From these data can be seen, Tsingtao beer occupies a certain position in the beer industry.

If you love beer, you must visit Qingdao if you have the chance, because in the streets and alleys of Qingdao, you can see the mobile stalls selling beer. Their beer is not packed in aluminum cans, but is poured directly into a plastic bag, he’ll pour you as much as you want. Can you imagine? It’s like when we go to the market to buy food. You’ll find that the way you drink beer is completely different from what you used to drink in a bar. Would you like to try it? 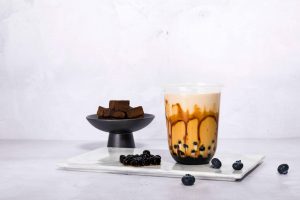 If you come to China, you will find a very strange phenomenon. Especially in food courts and shopping malls, many young men and women are holding a cup of light brown drink in their hands, and there are some black particles at the bottom of the cup. Here I will explain to you, this drink is called “Pearl Milk Tea”, which is a very popular fashion drink in China. Sweet and smooth milk tea and Q-flavored soft pearls (brown sugar flavor) are an excellent combination of the two. It makes people want to stop, especially loved by young Chinese.

In recent years, there have been more and more milk tea shops in China. In a shopping mall, there are at least five or six milk tea shops, and their tastes are all different! Pearl milk tea is not only delicious, but also the best match for friends to chat and party. Find a place to chat, play games, and drink milk tea with friends in the milk tea shop. This is also a very good pastime! 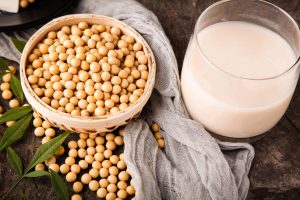 Soybean Milk a traditional Chinese drink. Soybeans are soaked in water, then ground, filtered, and boiled. It is rich in nutrients, easy to digest and absorbs, and is mostly consumed for breakfast. It is more common in Chinese breakfast shops.

Soybean Milk rich in plant protein and phospholipids, as well as vitamin B1, B2, niacin, iron, calcium and other minerals. It is a nutritious drink suitable for all ages and enjoys the reputation of “plant milk” in Europe and America. In addition to the traditional soy milk, Soybean Milk has many other flavors. Red dates, wolfberry, mung bean, lily, etc. can be used as ingredients for soy milk. Not only does it not increase the taste, but it also doubles its nutrition. 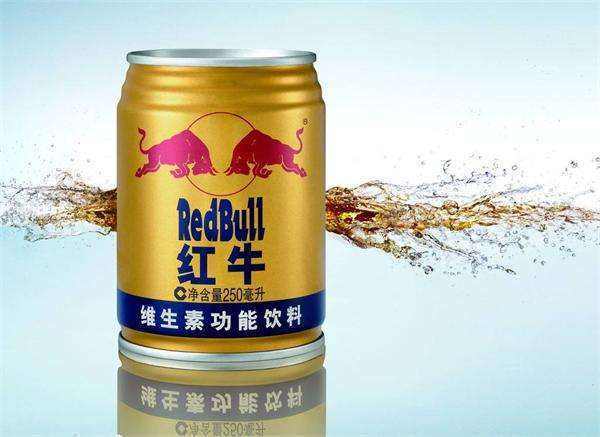 Red Bull is one of the most common functional beverages in China. Its slogan “Sleepy, Tired, Drink Red Bull” enjoys popular support. Because Red Bull contains caffeine, it is not a daily drink. It is more popular among truck drivers, Athletes, night shift workers and other crowds are welcome. By the way, there are also pregnant women. When Chinese women give birth, they usually prepare Red Bull and chocolate to supplement their physical strength, which can help them to give birth faster and smoothly. 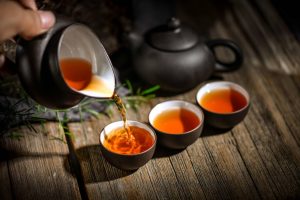 China has a strong tea drinking culture, especially in Guangzhou, Chaoshan, people almost every day without tea. There are many kinds of Chinese tea, such as Black Tea, green tea, Oolong tea, Pu’er Tea, and so on. Each kind of tea has different processing techniques and tastes. For example, black tea is a fully fermented tea with a warm nature, which is more suitable for drinking in winter, but its caffeine content is relatively high, people who often suffer from insomnia should not drink it in the afternoon or at night, which will aggravate the symptoms of Insomnia; green tea is a non-fermented tea with a cool nature, a refreshing taste and a slightly bitter taste, which is more suitable for drinking in summer, and has the effect of anti-radiation and anti-oxidation, especially suitable for long-term work in front of the computer crowd drinking. But Green tea cold, stomach bad people drink may have diarrhea, so according to individual circumstances. 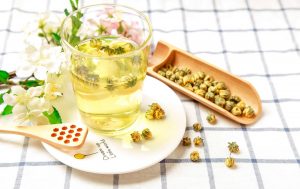 Scented tea is also a drink very popular among Chinese people, especially Chinese women, because many flower teas have beauty and anti-aging effects, such as rose tea, which can regulate blood and blood, promote blood circulation, and improve complexion; chrysanthemum tea can clear away heat Detoxification, better eyesight, help you have a pair of bright eyes… These are what female friends really want to have, right? Of course, in addition to women, men can also drink, and regular drinking is also good for the body.

The method of making scented tea is very simple. Put an appropriate amount of dried flowers into the cup, pour an appropriate amount of boiling water, close the lid, and soak for five minutes. If you like to drink sweeter, you can also add honey to taste. If you don’t want to make your own, you can also visit a small coffee shop in China. Scented tea is usually available! 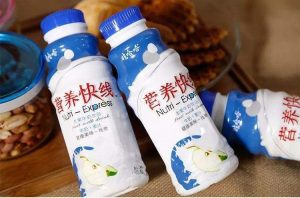 Nutrition Express is a milk smoothie drink that contains a variety of nutrients, so it is named “Nutrition Express”, which means that the nutrition of this drink can be achieved in one step. Having said that, the nutrition of milk beverages is definitely not as good as pure milk, because there are additives and a lot of sugar in it, and drinking too much is actually not good for the body.

People love Nutrition Express not because of its nutrition, but because of its taste. The perfect combination of milk and fruit juice makes it taste mellow and silky, sweet and sour, which will be preferred by middle school students and young people. 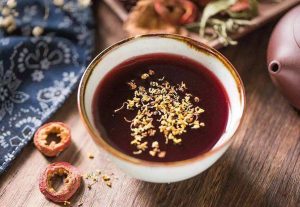 Sour plum soup is one of the favorite drinks of the Chinese people. Authentic sour plum soup is a good plum, sweet-scented Osmanthus, Hawthorn, orange peel, licorice and other raw materials and rock sugar together boil out, taste sweet and sour, especially appetizer. Many restaurants in China now serve sour plum soup, either for free or for a fee. Eating cranberry soup while eating will not only make you more appetising, but also get rid of the greasy food and make you eat more comfortably.

The supermarket also has some bottled plum soup, but it’s not as tasty as the restaurant version, but if you just want to quench your thirst or satisfy your craving, you can give it a try! 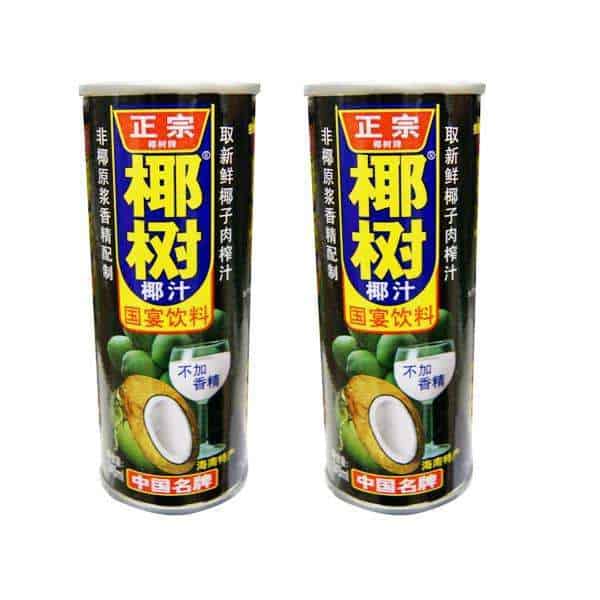 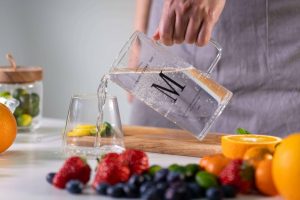 In recent years, sparkling water and soda water have become more and more popular in China. Because more and more people are beginning to pursue a healthy diet. General beverages such as cola and sprite contain too much sugar, while sparkling water and soda water not only have the properties of carbonated drinks, but also greatly reduce the intake of sugar. It perfectly meets people’s needs.

Although tasteless sparkling water contains carbon dioxide, it can meet people’s needs for soda, but it is not delicious because it has no taste at all, so it is generally flavored with lemon slices, but this is relatively healthy.

Nowadays, there are a lot of sodas in plastic bottles on the market with many flavors, such as grapefruit flavor and cola flavor. Although 0 sugar and 0 fat, it is not 100% healthy, and it is not suitable to drink more. 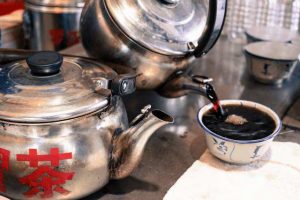 You may have seen such a small shop in China. There is a row of teapots as shown in the picture above. From time to time, there is a strange smell. If there are customers, you will see the boss put the “water” of a certain teapot. When poured into a bowl, the color of this “water” is dark brown and the taste is very strong. When guests drink this “water”, they will show an uncomfortable expression. Don’t be surprised, he is not drinking poison, but the famous Guangdong herbal tea in China.

Guangdong herbal tea is brewed with medicinal materials. Different medicinal materials have different effects. If you get angry, the boss will give you “twenty-four flavors”; if you have an uncomfortable throat and a hoarse cough, the boss may I recommend Luo Han Guo Tea… But if you don’t have any problems with your body, it’s best not to drink herbal tea, because it’s really awful! 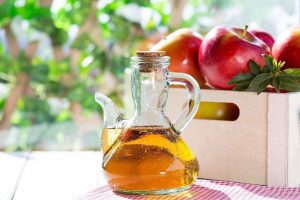 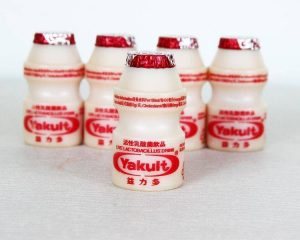 Yakult is also a very popular drink. It is called “Yangleduo” in Hong Kong and Yakult in mainland China, but it tastes the same. Yakult has a sweet and sour taste and contains active lactic acid bacteria, so it can regulate gastrointestinal health. It is a healthier drink, and a small bottle is easy to carry. But the sugar content of Yakult is still quite high. Although there are also low-sugar versions later, people who want to lose weight should drink less. 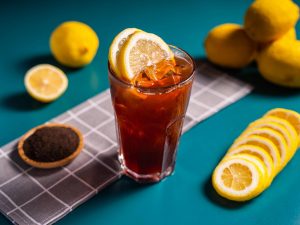 Master Kong Ice Tea is a fashionable and cool drink. Since it came into the market in July 1999, Tingyi iced black tea has become a favorite in the market with its unique taste and convenient packaging, and its market share has been climbing steadily, since 2001, it has occupied half of China’s ICED tea market.

Master Kong’s ICED TEA is so popular for its own reasons. The mellow taste of black tea combined with the freshness of Lemon, and then put it in the refrigerator to chill and drink it. The feeling of cool and cool is like taking a cold bath on a hot summer day, makes you feel good all over, ice strength is full, may say is the summer best drink. Master Kong iced tea is available in supermarkets and convenience stores across China.